NWCDC: It’s All About the Injured Worker (Or Should Be)

You didn’t miss the National Workers’ Compensation and Disability Conference, did you? What an event! So many excellent speakers, on so many workers’ comp topics. Despite the range of subjects, though, a definite theme emerged from the conference. Employers can focus on giving injured workers the best treatment and still reduce costs.

Back in May, Insurance Thought Leadership talked about the focus on workers in workers’ comp. “Claims advocacy,” they said, is a powerful approach to better outcomes. “The on-demand economy has created cultural and multi-generational expectations around service, speed and simplicity, and some claims leaders have already figured out how to deliver.”

Right off the bat, Disney’s Tim East talked about advocacy in his keynote speech. East is a director of corporate risk management at the company famous for delivering exceptional customer experiences. He said, “Change is going to be an unrelenting force. It requires the workers’ comp industry to adapt, and to make a solid commitment to continuous improvement.”

He talked about the importance of “humanizing” language, because “the labels you give people reflect how you think about them.” For example, “injured workers” versus “claimants.” In fact, East suggests “workers’ comp” should be replaced with “worker recovery.” He says the advocacy claims model builds trust and accountability for achieving results. And that’s the most important goal.

East also offered some other recommendations for employers:

Dr. Marco Iglesias, VP and medical director at The Hartford, said behavioral and social issues affect the recovery process. Only about 10% of claims have some psychosocial aspect(s). But they drive 60% of workers’ comp costs. To turn this around, he recommends “empowering injured employees.” The best way to do this is to ask targeted questions that offer insight into their state of mind.

Ask workers when they think they will return to work. This identifies those with low expectations, which could come from:

Do not ask about their pain. Instead, emphasize function by asking, “What are you able to do today that you couldn’t do last week?”

Robert Hall agreed with Dr. Iglesias, noting that, “Self-predictions about return to work are often self-fulfilling prophecies.” Hall, the medical director at Optum, said physical and psychosocial factors can be the biggest barrier to recovery and return to work. Physical conditions such as diabetes, age, or obesity can double recovery time. Add in perceived injustices or catastrophic thinking, and the time quadruples. If the worker is anxious or depressed, recovery can take eight times as long. The longer someone is away from their job, the more likely they are to become depressed.

What to do? Hall recommends ongoing, open communication with the injured worker and everyone else involved in promoting their recovery. That communication should emphasize reassurance. And treatment should be evidence-based. "Returning to work should not be considered a goal," said Hall, "But an integral part of the recovery process."

Everyone really does want the same thing

We want injured workers to return to work as soon as possible. As close to 100% as possible. With a minimal risk of future reinjury.

Adopting mobile physical therapy is one way to achieve that goal

Why should someone who is injured – perhaps very seriously – be expected to get to a clinic for rehab? It’s inconvenient, to say the least. Not only for the injured worker, but often for their family. Mobile physical therapy puts the patient first. A therapist meets them at their regular job site for treatment sessions. Or goes to their home, if that’s needed at first.

The result? Injured workers are less likely to develop a “disability” mindset. Or become dependent on opioids due to lingering pain. They can recover faster, and return to work sooner. They are happier with the process, as well as the results. Faster return to work and higher job satisfaction benefit employers, too. And there is one more important benefit: worksite physical therapy enables workers to learn safer movements that prevent future injuries.

Will the new Administration try to make changes to workers’ comp standards and oversight protocols? The politicians and regulators will have to duke it out in Washington, DC, or – more likely – in state capitols. Meanwhile, actual stakeholders can continue to make on-the-ground progress. Our collective goal is a streamlined system. One that controls (or reduces) employer costs, of course. But a system that preserves both the health and the dignity of injured workers.

We’re heading into a new year. It’s time for a new approach. The claims advocacy approach offers multiple ways to achieve the kind of results employers and injured workers have hoped for all along. 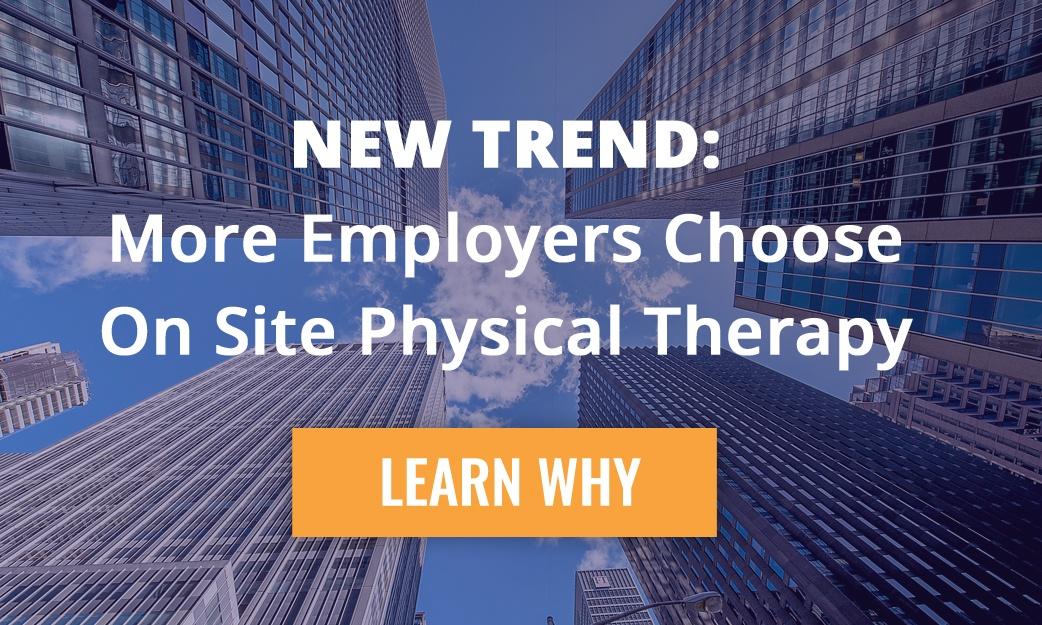